From a distance, I could not be certain, but was hopeful.

"Is that two dudes, perchance, holding hands?" I wondered, as I arrived on the block on which my building sits.

"Will one of them let go as we get nearer to one another?" I wondered.

And they did not, and I was delighted, and took care to say good morning to them as we passed. 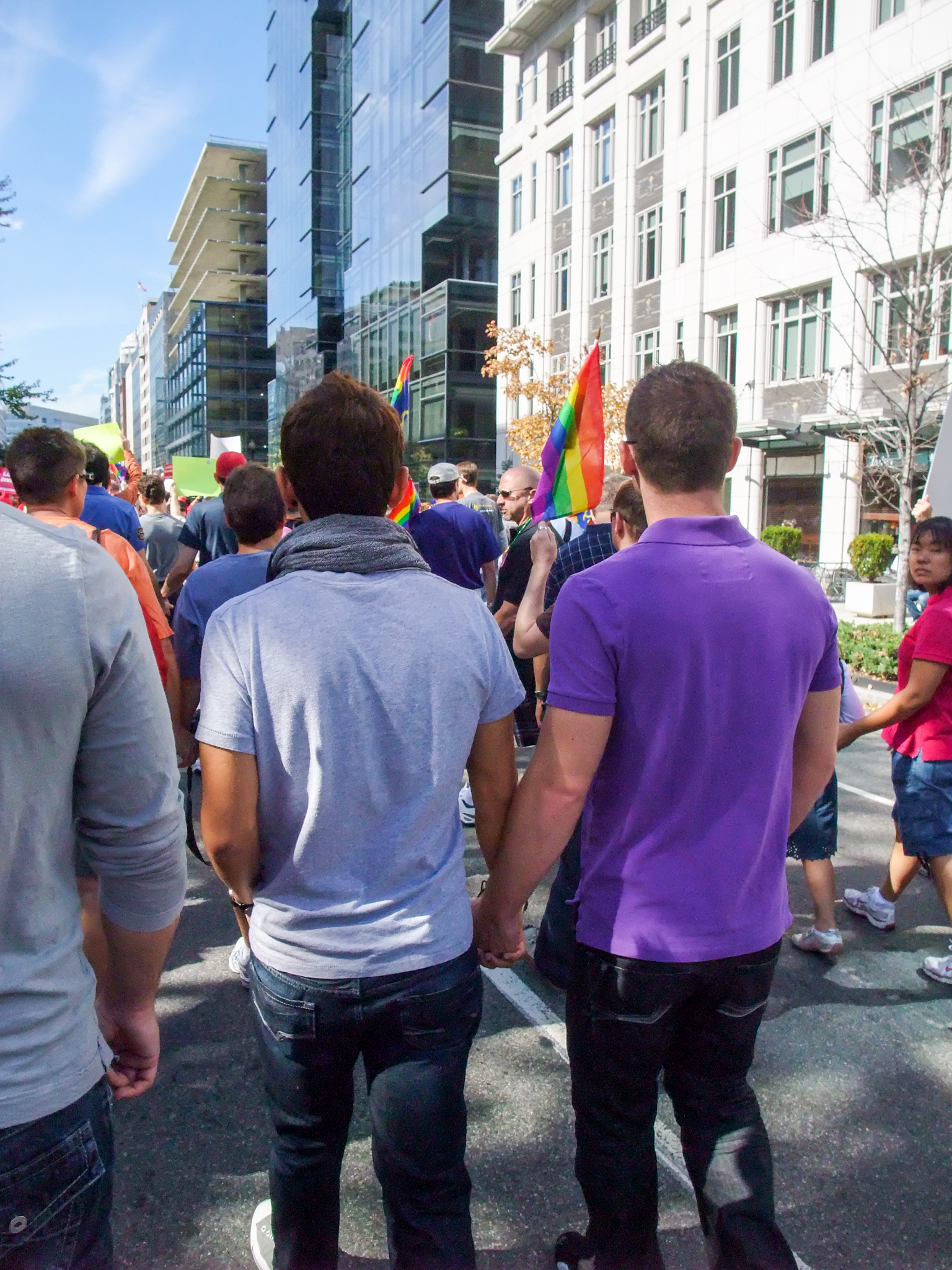 This image of a couple holding hands is one that I captured during the National Equality March in Washington, DC, on October 11, 2009.

I think it's accurate to say I've never before seen a same-sex couple holding hands on my street, let alone my block, so that was quite remarkable.

Cheers to the 20-somethings who are agents of positive change, and do not let go.

Note: I originally posted this on Facebook on the morning of September 23, 2017, to reflect what I'd just witnessed, as described here. To mark National Coming Out Day today, I've elected to post the story here, as well.

As someone who's considerably older than either of those generations, I'm well-aware that the paving of the pathway that yielded such freedoms was accomplished largely by those much older, including many who are no longer with us and did not get to fully enjoy the fruits of their labors. However, in a region in which expressing one's same-sex affection publicly can still require some degree of courage depending upon where, specifically, one happens to be, and is an act that, while simple, still qualifies -- in my opinion -- as establishing, strengthening, and extending everyone's right to innocently express affection in that way, I have, as previously noted, more frequently seen 20-somethings doing so. From a generational standpoint, of course, that's completely understandable, from multiple perspectives, including their expectations about what should be permitted.

I'd driven down to NC to visit my parents today, and as my return to VA neared, I opened the passenger door of my car to load in a few items. As it were, I'd left the windows cracked a bit so the interior wouldn't accumulate an inferno-like heat, and

Positive story alert: This morning, I exited my building to deposit a birthday card into the curbside mailbox (which is a block away) and to take a walk in the lovely weather. However, just a couple of buildings down and across the street, I noticed two men, somewhere in the