After my grandmother passed away a couple of weeks ago, my mom asked me if there was anything I'd like to have from her house as a keepsake. What came to mind initially were a few pieces of furniture that she'd had during the entirety of my memory of her, but since I knew I was unable to accommodate them, I chose not to request anything from the house.

Later, though, it occurred to me: The candy dish. My grandmother had also had that particular item for as long as I could remember, and it had sat one of the tables that I associated with her house. Indeed, I could more or less remember how it sounded as the lid was lifted or put back into place as the two pieces of glass clanked together.

Thus, I let my mom know that I was interested in the dish, and she said she'd let my dad know. Later, he messaged me and said it was an interesting choice, because he remembered giving the candy dish to my grandmother for Christmas when he was a kid, which, to me, made it a far better and more special selection than I ever could've known initially.

So, on Christmas day, I was presented with a gift that said it was from Granny, and it was the candy dish you see here. 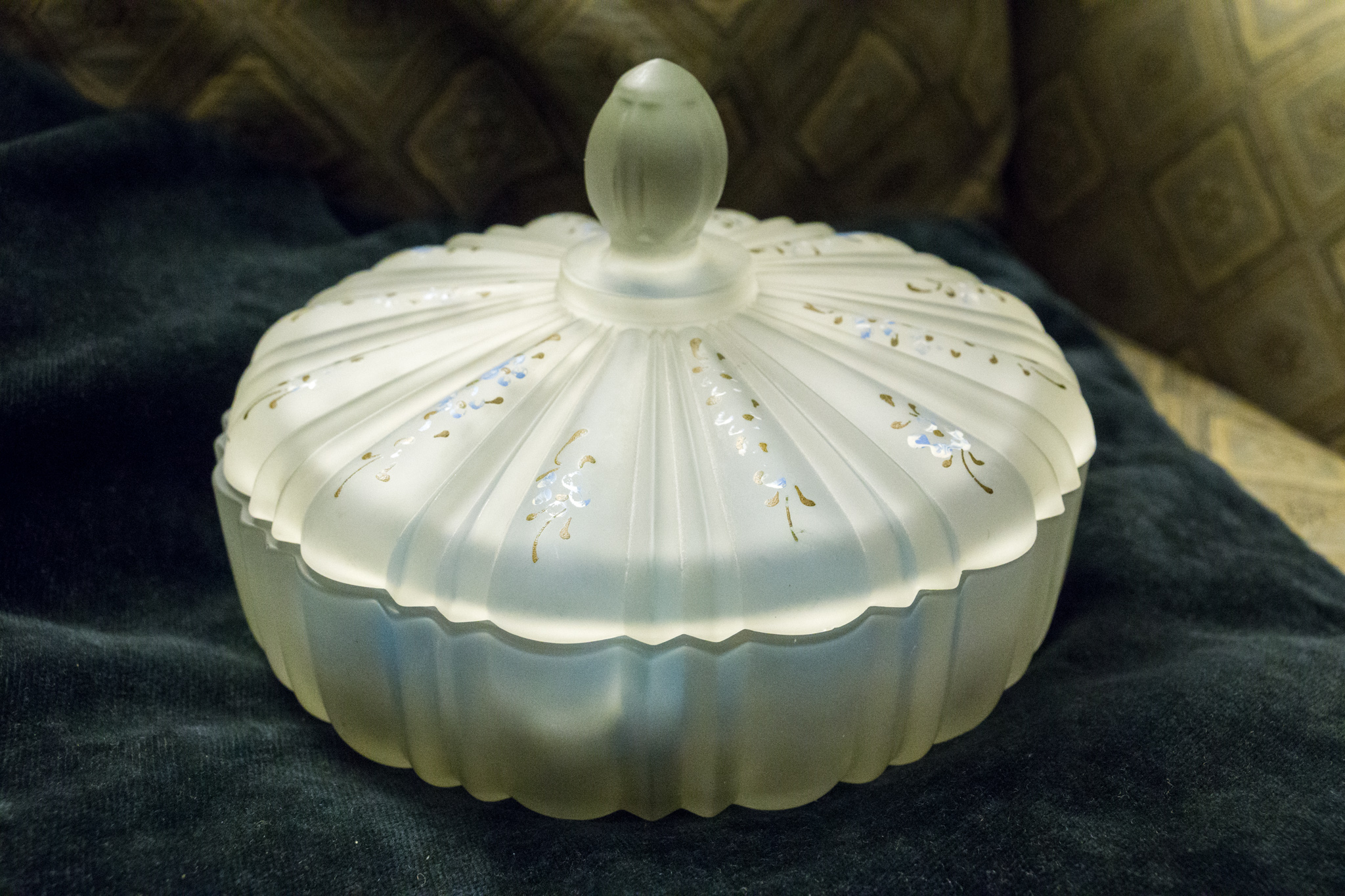 On a side note, when I caught sight of her house last weekend, for the first time since her funeral, it was a bit startling to see no cars there and no lights on, and to realize she was no longer there, and, indeed, that no one was there anymore.

On Christmas day, though, I suppose I chose not to see and think, because though her house was right there within view, I opted not to dwell on it too much. However, spurred by my grandmother's death, my parents and I did have some conversation about topics we otherwise would not have. And also spurred by her passing, I elected to finally open up a deck of cards I'd bought some time ago.

The set is called Rememory, and it's intended to elicit recollections and conversations -- perhaps about topics similar to those that might be spurred by those questions one tends to have at inopportune times and usually doesn't get around to asking because the person to whom they should be directed isn't there at the moment (for example, in the vein of asking parents about what they did in the summers when they were a kid, or what they'd enjoyed doing with their grandparents when they were younger).

I'd originally bought the set of cards as a means of getting to know my parents better and for them to get to know me better, but it's always so much easier to avoid doing things and going to places that might be uncomfortable. However, we actually used the cards for nearly an hour and a half, and my parents seemed to have enjoyed the experience and I was grateful for it (and I only blushed when a trio of cards prompted me to discuss crushes when I was in school).

But in the spirit of silver linings, I would say that my grandmother's passing helped to open up that deck of cards and that conversation, which was a gift in itself.